Vancouver, British Columbia – TheNewswire - October 13, 2021 - Leocor Gold Inc. (the “Company” or “Leocor”) (CNSX:LECR.CN) (OTC:LECR) (FRA:LGO) is pleased to announce it has received exploration approval for its Roberts Arm project, the NW corner of which is located 2 km south of the community of Roberts Arm in Northern Newfoundland, Canada.

Leocor’s Roberts Arm Project covers 12 mineral licences for a total of 1706 claims or 42,650 hectares. The project straddles 38 km of the Red Indian Line suture zone and has around 200 km of magnetic high lineaments which are untested gabbro’s many of which are likely to create rheological contrast and open space for gold bearing fluids to collect.

A soil sampling program constituting a planned campaign of approximately 4200 soils is currently underway (see image 3 for current progress). Road accessible soils representing 2718 samples have been collected with the remaining approximately 1500 Helicopter-supported targets to be collected in the coming two weeks. 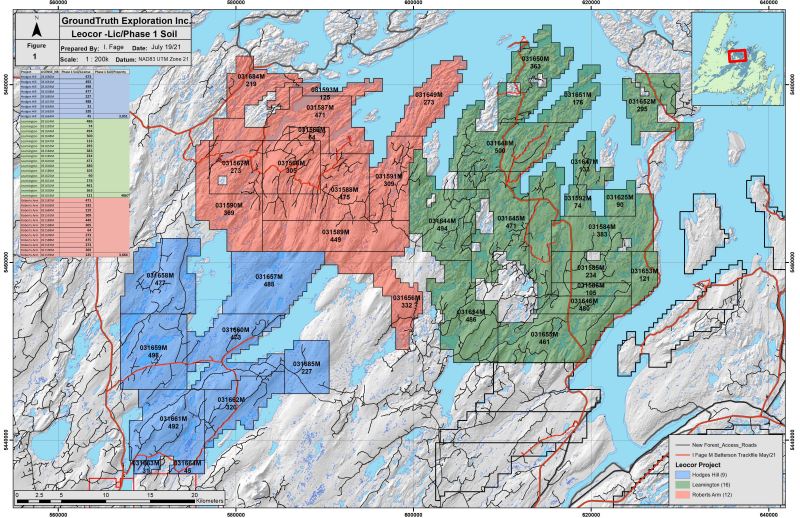 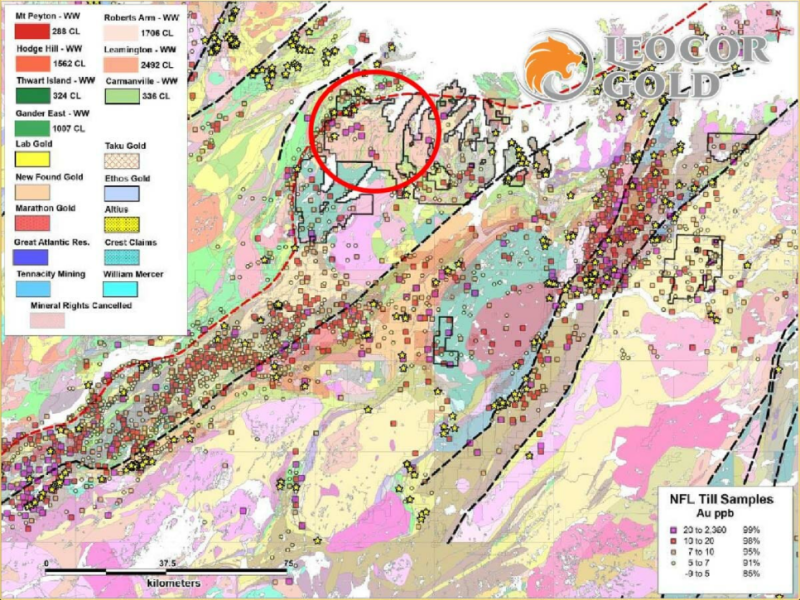 Image 2: Geology and till sampling on and around Roberts Arm, Newfoundland, Canada 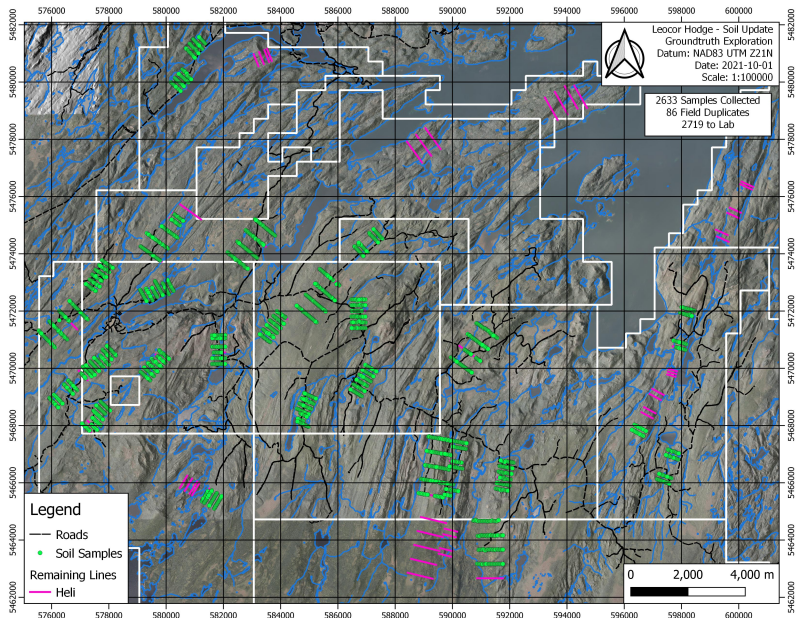 Leocor Gold also announces it has engaged InvestorIntel (investorintel.com) for a 12-month digital marketing, video, online advertising, and brand awareness marketing campaign.  Marketing will consist of online ads, video updates, new release re-distribution, and more.  The base cost of the program is $15,500.00 CDN.


Dr. Paul David Robinson, P.Geo, is a qualified person as defined by National Instrument 43-101. Dr. Robinson supervised the preparation of the technical information in this news release.

This press release contains forward-looking information within the meaning of Canadian securities laws. Such information includes, without limitation, information regarding the terms and conditions of the Option. Although Leocor believes that such information is reasonable, it can give no assurance that such expectations will prove to be correct.

Forward looking information is typically identified by words such as: “believe”, “expect”, “anticipate”, “intend”, “estimate”, “postulate” and similar expressions, or are those, which, by their nature, refer to future events. Leocor cautions investors that any forward-looking information provided by Leocor is not a guarantee of future results or performance, and that actual results may differ materially from those in forward looking information as a result of various factors, including, but not limited to: the agreement of the parties to proceed with the proposed transaction on the terms set out in the Option Agreements or at all; Leocor's ability to exercise the Options; the state of the financial markets for Leocor's securities; the state of the natural resources sector in the event the Option, or any of them, are completed; recent market volatility; circumstances related to COVID-19; Leocor's ability to raise the necessary capital or to be fully able to implement its business strategies; and other risks and factors that Leocor is unaware of at this time. The reader is referred to Leocor's initial public offering prospectus for a more complete discussion of applicable risk factors and their potential effects, copies of which may be accessed through Leocor’s issuer page on SEDAR at www.sedar.com.