Vancouver, BC – TheNewswire - August 25, 2020 – Skarb Exploration Corp. (CSE:SKRB) (CNSX:SKRB.CN) (“Skarb” or the “Company”) is pleased to announce that it has entered into a letter of intent (“LOI”) dated August 23, 2020 with Petratherm Ltd. (“Petratherm”) (ASX: PTR) pursuant to which Skarb will acquire four gold projects located in Victoria, Australia (the “Projects”) from Petratherm (the “Transaction”). The Transaction will constitute a “fundamental change” of the Company within the meaning of the policies of the Canadian Securities Exchange Inc. (the “CSE”).

“I am very pleased to see Skarb take the next logical step in its evolution in becoming a significant gold exploration company with the addition of these assets in a highly prospective jurisdiction.  With our seasoned exploration and mine management team and proposed capital raise allowing for an important exploration program to be undertaken on the back of previously completed work on these properties, we think that our chances of exploration success are strong. The team looks forward to commencing exploration work shortly.” commented Craig Parry, Chairman of Skarb.

The Project covers a large, 1,291 km2, land tenure position, in the highly prospective and resurgent, Central Victorian Goldfields (Figure 1).  Significant historic alluvial, deep lead and shallow high-grade gold reef mining has occurred on the tenements. Very little modern exploration or drilling has been undertaken on known high-grade reef systems and the portfolio includes large areas under shallow cover where no modern exploration has occurred. The shallow covered areas of Victoria are currently the subject of a major multi-company exploration push on the back of recent major discoveries such as at Four Eagles and Tandarra (reference Catalyst ASX: CYL, 08/08/2018 ASX release).

The Glenfine Project area includes drill ready step out testing of known high-grade reef gold, along with regional exploration drill testing of an anomalous gold trend associated with a basalt dome contact that extends for at least 20 km and which is considered to be in an analogous setting to the 5.2 Moz Stawell gold deposit. The reef drilling targets offer the opportunity to define initial gold resources in the near term.

The Silver Spoon Project abuts the highly contested North Central Victorian Goldfields Tender Area. The region is highly prospective given its proximity and similar geology to Kirkland Lake Gold’s nearby world-class Fosterville Gold Mine and other significant regional discoveries. The area contains several historic gold and other mineral prospects in areas of outcrop along with shallow covered areas that have only been very lightly explored. The tenement application originally lodged in February 2019 is well advanced with granting expected late in 2020. 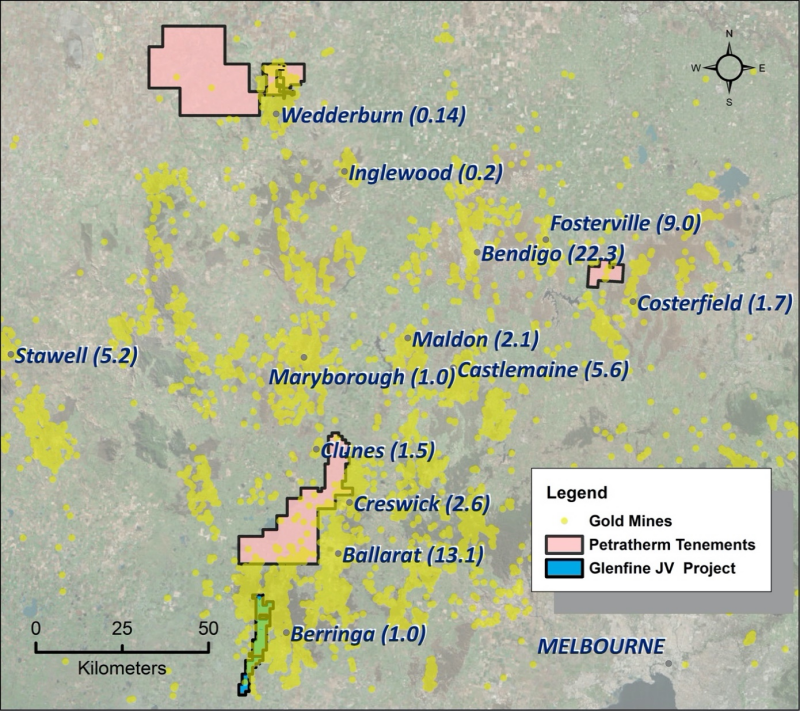 Completion of the Transaction is subject to a number of conditions, including but not limited to the following key conditions:

Pursuant to the policies of the CSE, it is anticipated that the Company will call a special meeting of its shareholders for the purpose of approving, among other matters, the Transaction.

The forward-looking statements contained in this press release are made as of the date of this press release. Except as required by law, the Company disclaims any intention and assumes no obligation to update or revise any forward-looking statements, whether as a result of new information, future events or otherwise.  Additionally, the Company undertakes no obligation to comment on the expectations of, or statements made by, third parties in respect of the matters discussed above.